“I’m Starting To Despise My Wife. What Should I Do?”

If, like Ralph, you’re experiencing any of the following pain points…

…then you and Ralph are in the same boat.

You hate your wife.

The love you had for her? It has turned to hate…

…and you feel TRAPPED.

Leaving her is out of the question because…

So the big question: what should you do?

In this Shogun Method guide, you’ll learn about what I taught Ralph the day he came to me…

…and you’ll also learn how Ralph saved his marriage in just a matter of DAYS. It’s true.

So right now, think about your wife. Picture her clearly in your mind. See her looking at you with the usual cold, unloving glare.

Done that? Good. Now ask yourself this…

Empty Marriage: Why Are You Stuck In One?

Do you know WHY you hate your wife?

Let me say something which might be surprising to you…

You don’t REALLY hate your wife.

You really don’t. In fact, you actually still love her.

Why You Hate Your Wife

You hate what your wife is DOING.

Maybe she’s not as loving as before.

Maybe she’s being too critical.

Maybe you suspect she’s cheating on you. (Look for these signs.)

Maybe she’s being too domineering and manipulative.

All that bad behavior can be maddening for any husband. (It’s not your fault.)

But when you know the ROOT CAUSE of the bad behavior, then everything will make sense.

Why Your Wife Does Your Head In

What’s the root cause of your wife’s bad behavior?

She has lost respect for you.

Because here’s the thing: women don’t treat all men badly.

Instead, they only mistreat a man if:

It’s obvious, right? If your wife doesn’t respect you:

Now I want you to think about this:

What would a wife be like when she’s “trapped” with a husband she DOES respect and admire?

No doubt, she’ll be the happiest, most respectful, most contented wife in the world.

Guess what? Every woman WANTS to play the role of a submissive wife to her husband.

That’s the solution right there, my friend.

If you want to love your wife again, make her respect you and treat you well, and save your marriage…

…then you must find a way to make her respect you again.

That’s up next, so keep reading!

How To Make Your Wife Respect You Again

There are two ways to regain your wife’s respect:

In the first way, you basically do nothing. You wait and hope that she’ll start feeling ashamed of her actions enough to respect you again.

Or, you can wait and hope that she’ll start thinking logically again.

Or, you can wait and hope that she’ll start being fair with you again.

Here’s the problem with that option: you could be waiting for NOTHING.

And instead, it might become worse. She might see your inaction as a sign of weakness. And that will make her lose even MORE respect for you.

So, there’s really only one SUREFIRE way to regain your wife’s respect. You must MAKE her respect you again.

And no, you won’t be using force or threats to do it.

All you’ll use is subtle, skillful mind manipulation.

To Make Her Respect You, Manipulate Her Mind

Now, in case you’re thinking: “But I don’t want to become a manipulative bastard!”…

…then consider this. If you won’t manipulate your wife, then SHE will manipulate YOU.

Actually, she’s ALREADY manipulating you. Think about it.

Those challenges to your authority?

Those bouts of silent treatment?

Those episodes of emotional blackmail?

Are those not attempts to manipulate you? Admit it. She’s having her way with you.

And well, guess what? Two can play that game.

Only this time, YOU’RE doing it to get a POSITIVE outcome – a happier marriage for both of you.

Here’s how Ralph did it…

How To Fix Your Marriage (And Switch Your Hate To Love)

Here’s what I taught Ralph:

The female mind has certain “flaws,” or psychological weaknesses. Every woman are born with them. They are embedded inside the female psyche by nature.

And here’s the deal… 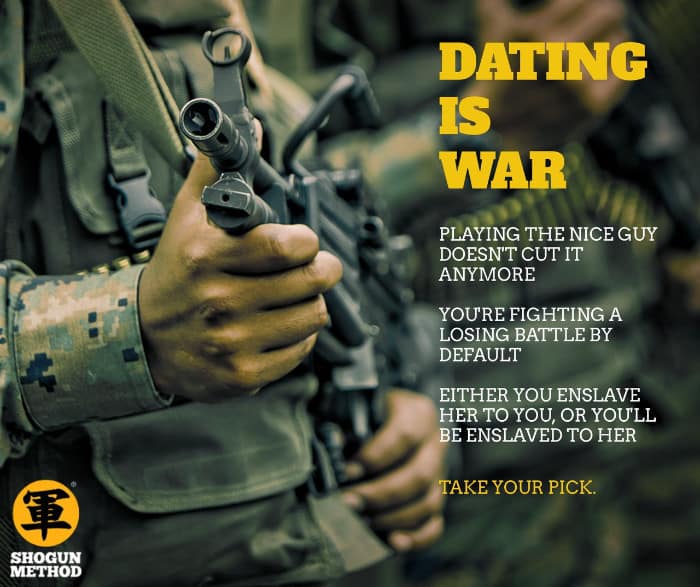 And as Ralph has learned from me, the fastest way to do both is with Fractionation.

Fractionation is a storytelling technique that puts the listener on an emotional rollercoaster.

That’s why it’s so powerful. One of the biggest “flaws” of the female mind is this:

Women are helpless against emotional rollercoasters.

Every woman has a weakness for emotional turmoil. And this weakness is what smart men exploit to control and dominate women.

When a woman is subjected to an emotional rollercoaster, these six things happen:

Here’s how Ralph put his wife on an emotional roller-coaster with Fractionation:

Step #1: Pain. Ralph “disappeared” for a full 24 hours. He didn’t reply to any of his wife’s texts or calls. Naturally, this drove her crazy.

Step #2: Relief. Ralph “reappeared” by showing up at their home. When she demanded to know where he had been, Ralph went to Step #3.

Step #3: More pain. Ralph simply answered: “I think we need some time apart.” He wouldn’t explain, no matter what she asked. This drove his wife crazy – enough to ask him for a compromise.

Step #4: More relief. Ralph agreed to “compromise,” but only on his conditions. And he then laid his terms:

As I had predicted, his wife agreed. And she swore: no more mind games, and no more bad behavior.

But as I instructed him, Ralph didn’t stop there. He kept using Fractionation to enforce more of his terms:

And then the unthinkable happened: The marriage became happy again.

Today, Ralph and his wife are doing just fine – they’re picking up right where they left off.

READ ALSO: Stages of a Breakup

Enough about Ralph. Now, let’s talk about you.

Do you hate your wife?

Do you hate what she’s doing to you?

Want her to start treating you more respectfully from now on?

You’ve just learned the only real way to do it.

You can learn and master Fractionation RIGHT NOW.

All you need to do is to join my online Masterclass which is currently live. Click on this link:

After you clicked on the link, a signup form will come up. Enter your email address so that I can send you an Invite (if you qualify).

When your wife can’t respect you, she can’t love you.

And it all goes downhill from there. A marriage without respect for the man is doomed to fail. It’s true.

But you can – and you SHOULD – regain her respect.

And Fractionation is the fastest, most painless way to do so.

Do the smart thing and join my Masterclass. Click here.

PS: Got questions? Need specific help? Leave me a message below and I’ll answer it personally.