Stages Of Breakup For A Man (What To Expect, And What To Do)

(No matter how hard you try to sugar coat it. It’s plainly one of the most excruciatingly painful things that a man will go through, ever.)

NO ONE wants to go through the pain of a breakup.

But you know what makes breaking up worse?

When it comes right out of the blue.

One day you’re loving life and in a “perfect” relationship…

…and the next day she’s packing her things and taking that sweet ass out the front door.

Make no mistake… that shit will fuck you up like nothing else. No joke.

Here’s what you need to realize, though…

Splitting up with your girlfriend doesn’t just happen.

There are always warning signs.

The entire process starts out with one tiny little crack.

Over time this crack grows bigger and bigger until you hit the point of no return. And once that happens the whole thing collapses all at once.

You have no idea she’s unhappy… until the day you get dumped.

How A Man Handles A Breakup

You’re not completely to blame.

Because like most guys you probably took your girlfriend (or wife) for granted.

A lot of the time, when a guy’s in a relationship, he becomes complacent.

This happens because he thinks it’s a done deal and that the “dating” part is over.

Everything seems to be going well. And so he stops putting effort into the relationship.

And you know what? Don’t make this mistake.

Don’t think that just because you’re not arguing everything’s okay. It’s not.

Because a lot of the time relationship problems are “invisible.”

Your girlfriend keeps quiet about being unhappy, so you think everything’s fine and then one day… BAM.

Invisible cracks spread across your relationship and you can’t see them until it’s too late.

To avoid a breakup, you’ll need to “see” those cracks as they start to form.

Four Stages Of A Breakup

And with what you’re about to learn you can identify these stages, and save the relationship before you get dumped.

Before the breakup happens your relationship will go through four different stages.

Let’s start with the first stage…

Remember when you first started dating and couldn’t get enough of each other?

The feeling between the two of you was white hot and electric. You made love twice a day (plus three times on Sundays). You engaged in copious amounts of PDA (or “Public Display of Affection” if you’re not familiar with the term).

Sadly, that’s a thing of the past.

Now, you’re like a boring middle-aged couple that’s been married for 20 years (…and hasn’t had sex for almost that long.)

So, to know if you’re at Breakup Stage #1, ask yourself this question:

Has she stopped being physical with you?

You used to be like two peas in a pod… but not anymore.

Now it seems like she’s impossible to get along with.

You bicker over stupid, trivial things.

Plus there’s a permanent underlying current of tension.

That’s not all. She’s rude and seems to have lost all respect for you as a man.

Worse, she starts displaying the characteristics of a female sociopath (or worse, a psychopath).

No matter what you do, she won’t play ball.

And you can feel an almost unbearable strain starting to grow in your relationship.

(Plus a sense that things aren’t going to get better. Worse, she downright says that she hates you.)

Are you at Breakup Stage #2? Well, ask yourself this –

Have you stopped getting along with her?

READ ALSO: How To Mend A Broken Heart

Now comes the point where she no longer wants to spend time with you.

Previously, the two of you were inseparable.

You were joined at the hip and spent every moment together.

But now days go by without you seeing her. And all of a sudden she’s making excuses not to hang out or spend time together.

(It’s almost as if she has a secret life without you. Or, God forbid, she’s cheating on you.)

And any time you text or call she’s with somebody else and will “see you tomorrow.”

Has she stopped spending time with you?

If she has, then you’re at Breakup Stage #3.

At this point you’ve stopped being physical with her…

Plus you barely see her anymore…

And on top of all this, it doesn’t seem as if she cares or wants to do anything about it.

It’s almost as if you’ve broken up… it’s just not official yet.

(In fact, you pretty much have.)

You’re like a guy on death row, waiting for the day of your execution. The day she calls you up and says, “We need to talk.”

This is the moment just before the dam breaks.

This is the danger point where you can go forward or fall apart.

How To Reverse A Breakup (Or Divorce)

If you haven’t officially broken up yet, it’s not too late.

You CAN go back to the way things were before.

(Actually, with what you’re going to learn, you could make things BETTER than they were before.)

But how do you do this?

The first thing you need to realize is that time is of the essence in this type of situation.

Your relationship is on life support, and needs drastic and immediate attention.

And you sure as hell don’t have time to mess around with mainstream dating advice.

Relationship books are written by chumps.

They only create false and limiting beliefs inside of your head.

And if you really want to save your relationship you need something fool proof.

But first, here’s what you need to understand about breakups.

Nine times out of ten, when couples split up, it’s because they’ve fallen out of love.

It’s not because you’re messy, watch too much TV or something stupid like that.

Nope, what’s happened is that all those sweet and gooey emotions of love have gone away.

And once they’re gone, there’s basically no relationship left.

(You may as well be roommates.)

What you have to do is reverse this situation.

…so that she falls helplessly back in love with you.

…but with something which is psychologically manipulative… 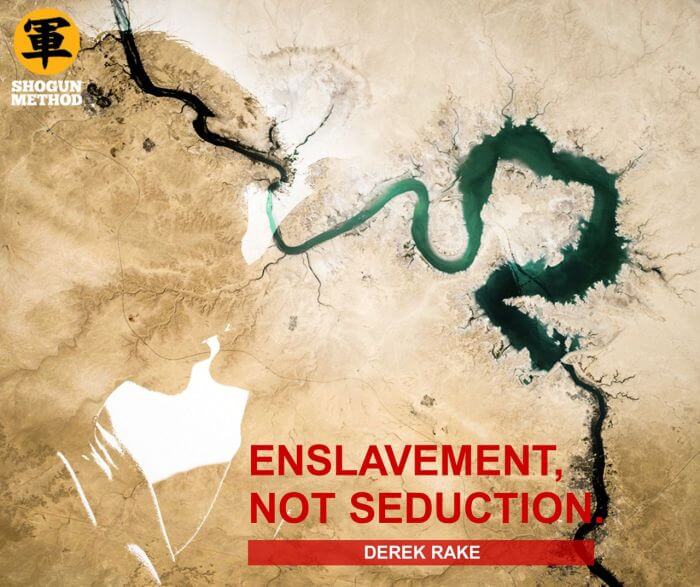 When Everything Else Fails… Bring Out The Big Guns

I won’t sugarcoat this to make it sound better for you.

The truth is that you’ve fucked up, and you need something drastic that works.

Forget about lame-ass “get your ex back” tricks. It’s time to bring out the Big Guns…

With just a few simple Mind Control techniques you can evoke her emotions and then manipulate them in your favor.

(At times like this, there’s no time to be politically correct. The truth is that if you want to reverse the breakup, you’ll need to put her under control and manipulate her emotions.)

You may even think it sounds “evil”. Or, “immoral”.

But the fact is that the easiest and most direct route to her heart is with Mind Control.

(And let’s be honest, most women in your position wouldn’t even think twice about doing this on men. If anything, women are more manipulative than men when it comes to love and relationships.)

So the only question is this:

How bad do you want this relationship?

Or, what are you willing to do to prevent your breakup?

Because no matter what you think, Mind Control techniques DO work… and they work REALLY WELL.

Mind Control tactics (like Fractionation) are the fastest and easiest ways to get under a women’s skin.

They will allow you to rekindle your relationship and reinvent your romance in no time at all.

And so, with them you can quickly get your relationship back to the way it was.

Not only that, you can make things EVEN BETTER than they were before.

Right now you may be curious about all this “Mind Control stuff”.

And if you want to give it a whirl, then do this:

On that page, enter your best email address. If you qualify, then you’ll get an Invite Ticket (via email) to my Online Masterclass.

In that Masterclass, you’ll learn how to use Mind Control to manipulate a woman’s feelings, rekindle her love for you, and make her yours forever.

PS: Got questions or comments? Leave them below.