OK, I’ll admit this to you. My girlfriend used to really push me to my limits.

You see, she would purposely do things that would drive me crazy. For example: she’d pull her phone out and text other guys while we were talking. She would make decisions without consulting me first. She would make plans with me then cancel at the last minute for “something better”.

It took me a while to realize it, but I eventually discovered that I was being played. Over time, she ramped up her mind games with me to the point it was unbearable.

I’ll kid you not… she made my life really shitty. I needed help, so I went to the best mind I know to get advice…

I’ll tell you who I met in a while, but guess what? Now my girlfriend like a docile little chihuahua who’d roll over on my command. Mind games are a thing of the past!

In this article, I’ll share with you what I’ve done to overturn the situation completely. You’re in for a real treat, so read it all the way till the end, OK?

So you want to know if a girl is playing you, and what to do if she is indeed playing mind games on you.

Believe me when I say that I was pretty desperate for a solution myself. Frankly, my girlfriend Amanda was driving me insane, and I had to put a stop to her nonsense once and for all. And so this was what I did…

I went to seek the advice from a man named Derek Rake.

Derek is the founder of the infamous dating system called the Shogun Method. And you know what? Shogun Method is entirely different from conventional “dating guru” and “Pickup Artist” tricks. In fact, it’s the only dating system which is based on Mind Control and extreme persuasion in the world.

More about Shogun Method later, but let me first tell you an interesting story about my meeting with Derek.

And so I flew out to San Diego on a Monday morning to see him. During our meeting, Derek told me:

“Mind games are a woman’s way of trying to take control in a relationship. You’ve let her become the dominant personality.”

He was right. It was so obvious! I was entirely powerless in my relationship.

Does my situation sound familiar to you?

I’ll tell you exactly what Derek taught me in a moment. First, there are some tell-tale signs to look for if you feel as powerless as I did. And it doesn’t matter if she’s your wife, girlfriend or just a girl you’re trying to hook up with. They all display the SAME signs if they are playing you.

So here’s how to know if a girl is playing you. Ask yourself…

Does she purposely ignore your text messages?

If a girl ignores your messages, she’s trying to tell you you’re not worth her time. It’s a bitchy move, but one which is very common, unfortunately.

Does she flirt with other guys in front of you?

This is the most offensive thing a woman can do in front of a guy she knows is into her. When a girl does this, she’s trying to incite jealousy in you. It makes her feel good knowing she can toy with your emotions however she pleases.

Does she constantly bail on you?

So you planned to meet up for a coffee, and you get a last minute text to tell you she’s too busy? This is a surefire sign of getting played.

If any of these sound familiar, then she’s stringing you along like a puppet. Take it from me: I know how it feels. I’ve been there myself, many, many times.

If you’re being played, stay calm. There’s an easy way to fight back, and you’ll learn about that next. Continue reading… 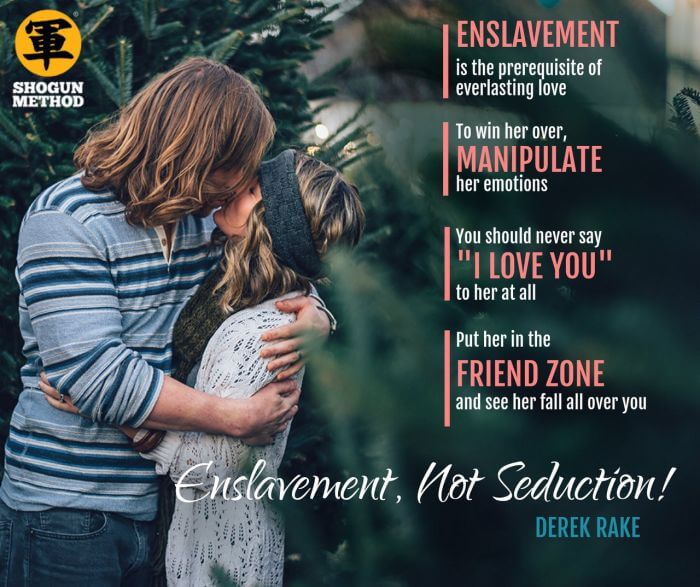 How To Deal With A Woman’s Mind Games

You see, Derek Rake taught me a simple technique which made my problems a thing of the past. He said to me:

“You know, the reason you are being played is that you had become the “chaser” in your relationship with Amanda. You need to take back control.”

Startled, I asked him: “So what’s the solution then? How do I take back control?”

If you’ve never heard of it – don’t worry. It’s very easy to learn, and once you’ve learned it, you’ll have the ultimate advantage over women, and here’s how…

With Fractionation, you’ll have the ability to put any woman under your control and authority. It’s really that powerful!

Make no mistake though… this technique can be really manipulative by nature. For this reason, most people who know it would rather shut up about it. After all, the fewer people know about this technique, the better it would be for them. Makes sense, right?

And because Fractionation appeals to the subconscious brain, every woman is susceptible to it. Your girlfriend, your colleague, the hot stranger at the bar. Everyone, no exceptions.

So how do you use Fractionation on women?

Well, here’s how Fractionation works its magic… you’ll induce alternating sensations of pleasure and pain in a woman to make them fall into a trance.

The result is a hypnotic state which places the woman entirely within your control. The mind games she’ll be playing will be long gone because she’ll be too scared of pushing you away.

If that sounds a little complicated, don’t worry. There’s a shortcut which you can use to learn the technique quickly and easily. To learn how to use Fractionation and other Mind Control tactics on women, click here. 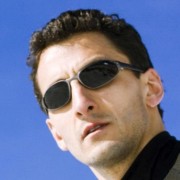 Jimmy Barnes is a black belt Shogun Method practitioner, having been one of Derek Rake's earliest clients. Based in Fort Lauderdale, Florida, he is a civil engineer by day and a country blues guitarist by night. He proudly owns a 1958 honeyburst Gibson Les Paul which he affectionately calls "Persephone", as well as a prized collection of Robert Johnson's work on vinyl.