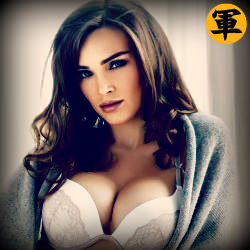 OK, since you’re here, I’m going to assume that you’re already somewhat familiar with the concept of the “Dark Triad”. In this article, I’m going to share with you how being narcissistic, Machiavellian and psychopathic will give you a leg up when it comes to dominating and controlling women.

And if you’re not realized it already, we are as “chauvinistic” and un-politically correct as it gets. If cold, hard truth about women offends you, then you might want to exit this page immediately.

But if you’re still here, then let me ask you:

If you answered “yes” to any (or all) of the questions above, then guess what: salvation is at hand.

You’ll discover how embracing the principles of the Dark Triad will give you the power, dominance and authority over women that you’ve always desired.

Even better – it’s probably something that you’ve never seen elsewhere (at least not in those lame, cookie cutter “Pickup Artist” blogs). The truth is that not many want to touch the subject on using the Dark Triad in seducing women for the very real fear of getting attacked by the feminist lynch mob…

Pop quiz! See how many of the following apply to your relationship right now:

If any (or all) of the above items apply to your relationship, then the problem is clear. 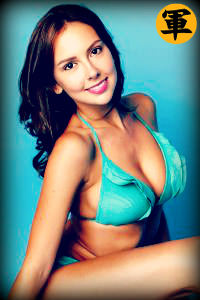 Your woman has emasculated you.

You’ve cut your balls off and handed them to her on a silver platter.

She’s the one who’s controlling and dominating you.

And you know what? If this crap continues, your relationship WILL crash and burn, no matter what you try.

Except, of course, if you use the techniques you’re about to learn in this article.

If you want to keep your woman, fix your relationship, and gain her respect and gratitude along the way, then embracing the principles of the Dark Triad may well be your only bet.

How To Fuck A Relationship Up

These days, most guys walk into their relationships with, ahem, the “best intentions”:

“I will always make her happy.”

“We will make decisions together.”

“I will never offend or disappoint her.”

“We will have equal standing in the relationship.”

It’s a far cry from 50-70 years ago, where most relationships had simpler rules:

These days, breakups, divorces, and unhappy relationships are everywhere. And you know what? Most of them started with the “best intentions” in mind.

Your relationship is probably one of those.

So what the fuck happened?

Well, as the saying goes:

The man leads… his woman follows.

The man dominates… his woman submits.

The man brings home the bacon… his wife cooks it.

The man protects his household… his wife keeps it in running order.

The man is the head of his house… his wife respects that.

The result, most times, is a relationship that’s in “Heaven.” The couple is in accord, and everything is effortless and happy.

And it’s all because the man took the lead, and the woman followed.

Understanding The Dark Triad (Or, How To Make Feminists Scream)

Now, at this point some people (feminists mostly) will get triggered and scream –

But the fact remains –

Why does it create happy, strong, lifelong relationships for 9 out of 10 couples?

And if “equal-standing” relationships are so “good”… why are they so horrible for most couples?

Crazy, I know. But facts are facts.

So, here’s the deal – you must choose between these two approaches:

When leading your relationship with your girl:

The answer’s obvious. If you want a happier, stronger relationship, then you must start following what works.

Here’s a quick, layman’s definition of the Dark Triad of personality traits –

They sound pretty “dark,” don’t they?

Many of the most effective, attractive, and charismatic men in the world have these traits.

How is all that relevant to you?

You see, acquiring Dark Triad personality traits will give you the ability to put women under your control almost instantly.

Very simply, men who cultivate the Dark Triad of personality traits tend to have better relationships than men who don’t.

Next, let’s look at some of the Dark Triad strategies that you can adopt in order to exert your dominance over women and make her obey you like a little Chihuahua in heat…

Use this technique to make a woman question her own sanity.

For example, tell your wife (if you’re not married, imagine that you are!) that she left a dent in your car.

She may be sure that she didn’t dent the car. However, since there was no reason why you’d lie to her about something like that, she wondered if she actually did it.

You’ll then tell her: “You know what? You should stop driving my car.”

What you’ve done is that you’ve made sure that she couldn’t go anywhere without you.

Next, tell her that she had spent money that she was not supposed to spend. Of course, that was another lie.

“You did. You don’t remember, but you really did.”

She might just start questioning her sanity as you take away her credit cards.

Now, she has got nowhere to go, and no money.

Like it or not, “gaslighting” happens more frequently than you’d imagine.

Here’s one thing that women hate, and that’s being pigeonholed as “weird” or “unnatural”.

Use this technique to make a woman do what you want her to do (or correspondingly, not do something you want her not to do).

Or, “Only weird people avoid doing that.”

Or, “That’s such an unnatural thing to do.”

Pause and follow up with an accusatory question: “Are you weird?”

Then, stay silent. This will make her feel uncomfortable enough to then do whatever you desire.

Warning: this technique is absolutely not for the fainthearted.

And you’ll need some brass balls to make it work for you, too.

Let’s say you’ve been seeing a girl, and then one day she goes completely cold…

You call her, and she doesn’t pick up.

You text her, and she doesn’t reply.

Here’s the Dark Triad way of solving the problem. Send her a text message with only one word:

(This works extra well if you’ve been nothing but nice to her.)

She will probably get mad at you. But you will get a reaction from her.

Remember: any reaction is better than no reaction at all.

When she replies to you, then continue as if nothing happened. Revert back to your old frame.

Chances are that you’ll recover, and her interest in you will be renewed.

There’s a good reason why this works, and it has got to do with how the female mind deals with Intrigue (see Module 4 of Shogun Method), and the concept of “Pattern Interrupt”.

Look: it’s entirely fine to play “rough” with her once in a while. Some women absolutely adore this shit. Grow some balls and do it!

How To Be Dark Triad (Or, How To Boil A Frog To Death)

When used correctly, these Dark Triad techniques will turbocharge your skills to women to a whole new level. But of course, you’ll need to be CAREFUL…

You can’t just “flip a switch” and embrace the Dark Triad philosophy just like that. It just doesn’t work that way, unfortunately.

If anything, any abrupt change in your usual demeanor will probably set off alarms inside her head.

You don’t want her to call the police, and you don’t want to end up on the evening news. That’s what happens when you do it the WRONG way… and that’s NOT what you want! Trust me 🙂

Instead, you want to do it the RIGHT way – by using a technique which works covertly and completely under the radar.

If you don’t, then here’s how the tale goes –

If you put a frog inside a pan of boiling water, it will jump out immediately, right?

So, what must you do if you want to kill it?

Easy. Submerge it in cold water. Then, heat the water very, very slowly…

The frog will then allow itself to be cooked to death.

The same works for women.

You can’t just simply turn into a dominant male at the flick of a switch. It won’t work.

Instead, you should take the first step and “warm” her up with this one technique which I am going to show you next.

Once this is done, you can then escalate and use the Dark Triad Strategies that I’ve shared with you above to seal the deal.

That way, by the time she realized that you’ve changed, it’ll be too late.

Even better… she’ll turn into a happy, satisfied, respectful little girl who’s only too happy to follow your lead.

How to Turn Harpies Into Kittens

If you’re familiar with Mind Control style of seduction (as opposed to “Pickup Artist” or PUA trickery), then you should already be aware of Fractionation’s reputation.

Simply, Fractionation is a Mind Control technique that does two things for you:

Once you’ve made a woman Fractionate, what happens? Nothing short of magic:

Listen: do you want all of that to happen to YOUR relationship?

Of course you do, right?

Below is a link to a free online Masterclass on how to use Fractionation to “slow boil” a woman’s resistance to you (and make her accept your dominance).

(You’ll need to enter your name and email address on that page. Why? It’s because the invite will be sent to you via email.)

Before you take this Masterclass, however, I need you to do the following three things for me:

If you can’t make these three promises, then close this browser tab… pray hard and hope your relationship will still work out in the end. (Good luck with that.)

On the other hand, if you agree to make the three promises above…

…if you want your girl to stop bossing you around…

…and if you want to become the strong, decisive leader your relationship needs you to be…

…then watch this Masterclass now.

Dark Triad Test – How Do I Know If I Already Possess Dark Triad Personality Traits?

We are currently developing an in-house Dark Triad personality test which is geared towards one thing – predicting success with women! This test will only be made to those who have joined the Masterclass. Therefore, be sure to sign up and watch the Masterclass (link above) to get access to this tool when it’s launched.

How Is The Dark Triad Consistent With The IRAE Model?

If you’re asking this question, it could only mean one thing: you are already familiar with the Shogun Method.

Quick answer: pretty much anyone who displays Dark Triad personality traits will do well with the Shogun Method.

If you’re not familiar with the IRAE Model, read this.