Are Women Assholes? Or, How To Deal With Women Who Are Mean To You

Do you think women are assholes?

If you do, then I’m willing to bet they’ve caused you a lot of pain in the past…

…so on and so forth.

Hey, I feel you. I do, really! Heck, even I was bullied by girls in school. And college. And at work.

So, for a long time, I never had it easy with women. (Read my back story here.)

And truth be told… I despised women. I thought they were mean-spirited assholes who were bent to give guys like us hell.

Of course, time and experience had made me wiser. And in this guide, I’m telling you what I learned the hard way, so you won’t have to.

Why Thinking “Women Are Assholes” Will Hurt You

Here’s the cold, hard fact about dating and women…

If you think women are assholes, you WILL be unsuccessful with them.

And guess what? If you keep hating women, you’ll never be successful with women for life.

Sorry, but that’s the truth.

Look here… I know how it is. Believe me. Women CAN be a fucking pain in the ass sometimes. (Especially if you’ve got a female psychopath in your hands.)

No worries, though… because I’ve got your back! This special Shogun Method guide will answer all your questions about mean women:

Let’s start with the biggest question of all:

The quick answer is “no,” they’re not.

At least, not by default.

Here’s what I mean:

Women are only assholes to guys they don’t respect.

So, if a woman is mean to you, it means she doesn’t respect you as a man. You might be:

So, how do you turn things around and make her respect you?

How To Deal With Mean Women

When most guys want mean women to start respecting them as men, they usually do things like…

These things might earn you some respect in the beginning, sure…

…but guess what? When it comes to earning long-term respect and admiration… they don’t work.

Because they’re superficial. And eventually, the mean women will realize it’s the same YOU, only wrapped in shinier packaging.

And so they’ll start being mean to you again. Probably even worse this time around!

So if you think you just need to “look the part” to gain women’s respect… you’re not doing yourself any favors.

You’ll need something more POWERFUL. Something that’s REALLY going to change their opinion of you.

You’ll need something that’s going to make them respect you and admire you. Even, be submissive to your dominance.

You’ll need to MANIPULATE how they see you.

And you’ll do that with a Mind Manipulation technique that I’m about to show you in this guide.

But before that, let me get a few misconceptions out of the way first…

When one hears the phrase “Mind” or “Psychological Manipulation,” he naturally thinks about…

How To Manipulate A Woman’s Emotions

The human mind has certain flaws or weaknesses built into it by Mother Nature.

These flaws mean that our behavior can be conditioned or triggered by external factors.

For instance, for us guys:

We can’t help it. It’s hard-wired into our psychology. We are born this way.

READ ALSO: Insecure Women (How To Deal With A Woman’s Insecurity)

Flaw In The Female Mind (Which You Can Manipulate)

Guess what? The same goes for women.

Importantly, the female mind has one major flaw:

They use their emotions to make their decisions, and not their rational mind.

Even if a woman says she’s “logical” or “knows what she wants…” she’ll still use her gut feelings to make decisions. It’s true!

Those include her decisions about which men she respects and gets into relationships with.

After all, how many times have you seen the following?

So, yes – women can’t really “choose” who to like, respect, and fall in love with. They just follow their feelings, all the time.

And here’s the secret:

Nothing triggers their feelings more than emotional roller-coasters.

…but with bad boys, it’s thrill, then pain, then thrill again, then pain again.

It’s an emotional roller coaster. And guess what? Women are ADDICTED to it. They can’t get enough of it!

That’s where mind manipulation comes in. Because when you want to put a woman through an emotional roller coaster, you can do it in one of two ways:

If you trigger an emotional roller coaster by accident, there’s (maybe) a 5% chance she’ll like you for it.

And yet if you trigger it on purpose…

READ ALSO: How To Deal With Heartbreak

How To Make (Mean) Women Respect and Love You

The mind manipulation technique I’m talking about is called “Fractionation”.

It’s a storytelling technique that puts women into a hypnotic trance, then snaps them out of it, then puts them into it again.

It’s an emotional roller coaster that women can’t help but fall into.

And you know what? Here’s the best thing about Fractionation…

It changes the dynamic between you and mean women:

So even if you’re nerdy, or unattractive, or awkward… it doesn’t matter.

The emotional roller coaster takes care of everything.

Once you get her to start Fractionating a few times, she’ll stop being mean to you… and start respecting you. It’s true.

And guess what? That’s not the end!

If you keep the emotional roller-coaster going…

…and you take your interactions down a more romantic road…

…she’s going to fall MADLY IN LOVE with you.

Even better: she’ll be emotionally enslaved to you. 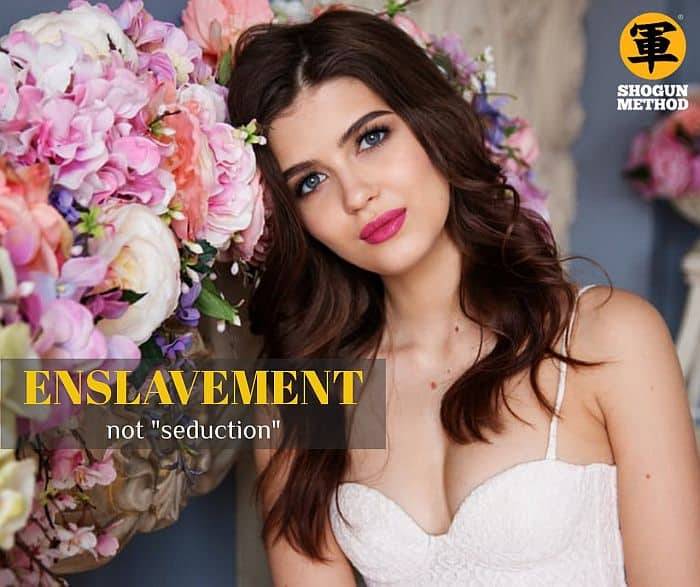 Seriously. In fact, that’s the primary goal of Fractionation – to make a woman feel emotionally ADDICTED to you.

“Respecting” you? It’s a rung on the ladder. It’s along the way, but it’s not the only thing Fractionation can make a woman do for you.

Yep – you can make women do ANYTHING you want. That’s the power of mind manipulation.

However, here’s the kicker…

You MUST learn Fractionation. It’s the key. Without it, you’ll be relying on triggering emotional roller coasters by accident.

You want to know how to trigger emotional roller coasters on demand.

…or you can do the smart thing and use Fractionation and make them respect you almost INSTANTLY.