How To Understand A Woman In A Relationship

“I just don’t get it,” Andrew said. “You created the legendary Shogun Method, so you tell me. Am I trying too hard?”

“Well,” I began, “that depends on what you mean by ‘trying too hard.’”

“I try to be supportive. I want to be a good boyfriend,” he said. “But in the end, all it does is get me into trouble.”

“Well, at one point, Sandi was talking about going back to school. That was a couple months ago.

“Then, a week or so ago, her hours got cut at work. She was really upset. But I said, ‘Hey, this is a great opportunity to get that degree you were talking about.’”

“Aaaaand… she flipped the fuck out. Said I needed to stop ordering her around, telling her what to do. Let her live her own life.”

He thought for a moment.

“She’s cheated on you before, hasn’t she?” I asked him.

Andrew was shocked. “Yeah. How’d you know that?”

“Elementary, my dear Watson,” I said with a smirk. “Let me guess, it was totally out of the blue, wasn’t it?”

“Yeah, totally. We’d actually talked about open relationships before. She said that she’d feel way too guilty about having multiple partners.

I shrugged. “Not really. Actually, it’s all very normal.”

He blinked once or twice. “This stuff seems normal to you?”

“Actually, the pattern of behavior is pretty damned typical.”

“Pattern of behavior, huh?” Andrew thought about that. “So you’re saying that I’m missing the forest for the trees?”

“Andrew,” I told him, “You’re missing the forest because you’re looking at a beach.”

There are lots of men in the world in Andrew’s position.

They just don’t know how to understand women.

No matter what they do, the workings of the female mind remain shrouded in mystery.

But I’m here to clue you in on the hidden dynamic that makes women tick.

More importantly, I’m going to teach you a powerful technique of using her own psychology against her.

This technique is what we call the “F-BOMB” – Fast and hits the spot like the fucking nuclear BOMB.

You’ll learn everything about the “F-BOMB” is later in this guide, so don’t worry. For now, it’s important for you to do this one thing first…

And by that, I mean “understand” in the traditional, normal sense.

You see, ever since the days of the ancient Greeks, our culture has been a rational one.

And for the past few thousand years, we’ve used critical thinking and logic to get shit done.

We made all these things using the awesome power of rational thought.

And by “we,” I mean men. Men rely, first and foremost, on our intellects.

Women, on the other hand, are mainly emotional creatures.

The facts are simple.

You can lead a woman to reason. But you can’t make her think.

And, as it turns out, there’s an actual scientific cause for that.

READ ALSO: Female Psychopaths – What You Need To Know

How Women Think (Through “Intuition”)

It’s a gut reaction. An inexplicable hunch. Something that she feels but can’t really explain.

We usually dismiss women’s intuition as some neurotic female fantasy. Some kind of superstition.

Well, get this—it’s not total bullshit.

Women’s Intuition is a real thing. Science even says so.

In short, women’s intuition is an emotional judgment. Everyone has this emotional sense. It’s just stronger in women than in men.

So strong, in fact, that their intuition overpowers their intellect.

Intellect is intuition’s exact opposite.

They’re even rooted in different parts of the brain.

Intuition comes from the limbic system. That part of the human brain controls emotions.

Intellect, on the other hand, happens in the much more sophisticated cortex. That’s the part that handles language, math, and figuring out what the hell happened on Mr. Robot last week.

So, when I tell you to give up on “understanding” women, I mean understanding them in any kind of rational, logical way.

Don’t expect a woman to make logical sense. Ever.

To really understand women, you have to understand the inner workings of the female mind.

And that is actually much simpler than you might think. Let’s dig in further!

READ ALSO: Is Your Girlfriend A Girl With Daddy Issues?

The Secret Behind Female Psychology – and Exploiting It!

Here’s the most important thing you need to know about female psychology:

The female mind is flawed. Understanding a woman means understanding those flaws. That will allow you to better understand her thoughts and behavior.

In particular, a woman’s mind is flawed in two important ways:

Now with that mind, look again at Sandi’s behavior:

Her rational mind failed to prevail in both cases.

(If she was rational, she would agree to go back to school, and she would not sleep around.)

Unfortunately, there isn’t some magical key that opens her mind up and lets you see under the hood.

There isn’t any secret code that lets you decipher a woman’s words and actions to find out what she’s really thinking.

The female mind. It’s basically magic. Or chaos, even.

One thing somehow leads to another, apparently unrelated thing.

That’s just how it works. (And we, men, will just have to deal with it.)

Knowing that, you have three options…

I think you’ll agree with me that Option #3 above is by far the best choice. Right?

Now, remember that technique I mentioned earlier— the “F-BOMB”?

Well, it’s the perfect weapon you can use to control a woman, manipulate her psychological flaws and make her surrender to you, heart and soul.

Women’s Mind Games: Fight Them With The F-BOMB

“The first female psychology flaw is that a woman will always reject overt proposals. Therefore, we must always be covert,” was his answer.

He thought for a minute. “The second female psychology flaw is that their conscious minds are overruled by their subconscious.”

“We’ll have to appeal to her subconscious desires, not her conscious ones.”

“Excellent,” I said. “Tell me, how are those two tactics working out for you?”

“Couldn’t be better.” He grinned. “I mean, it’s only been like a week and a half, but our relationship is better than it’s ever been.”

“Well,” he said, “There haven’t been any more outbursts like I told you about. No more mind games. Heck, she’s been way more agreeable and manageable than I’d ever imagined. I can’t believe I ever lived any other way.”

Do you want to learn what Andrew learned?

Of course you do, right?

…the real name of this technique is Fractionation.

There’s a good reason why this technique is known as the “nuclear bomb” of all Mind Control tactics. Using it to win with women is like bringing a bomb to a stick fight.

Now, don’t get me wrong:

Fractionation is not some cheap “Pickup Artist” or “Dating Guru” trick.

It’s hardcore Mind Control based on the real science of psychology and persuasion.

Once you’ve mastered Fractionation, you’ll hold the key to understanding a woman’s emotions… and putting her under your control and dominance. 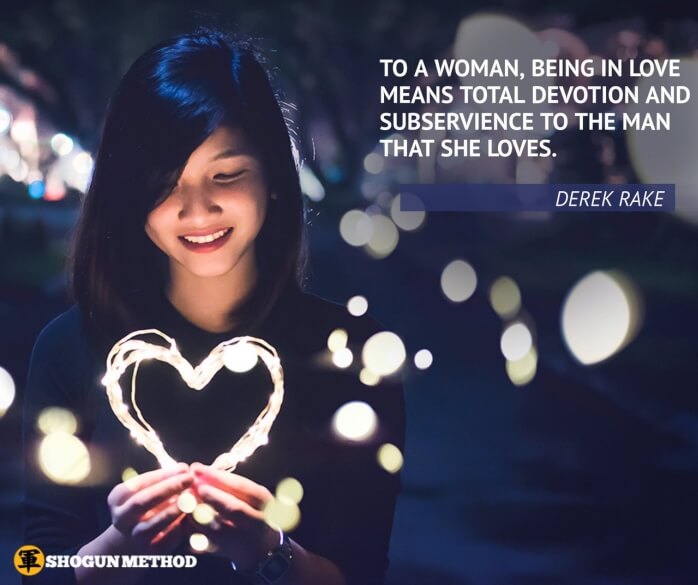 The Ultimate Key To Understanding A Woman: And Controlling Her Emotions

So, what’s Fractionation all about?

Before you learn that, let’s revisit the two female psychology flaws that we have covered earlier:

Now, there’s a third female psychology flaw, and it’s this:

A woman gets addicted to emotional rollercoasters.

This means that if you can make a woman on emotional rollercoasters, she will be addicted to you.

Now, with that in mind, let’s get back to the Fractionation tactic. Here’s the short summary of what it is:

With Fractionation, you take a woman on an emotional rollercoaster ride.

And you’ll do this by using very simple storytelling principles. You’ll manipulate her emotions rapidly through highs and lows and everything in between.

Once you do it correctly, you’ll control her emotional state completely. She’ll be in a walking trance.

And as a result, she’ll become much more docile and open to suggestion…

…which is exactly how you want her – as obedient as a puppy.

That’s not all. Check this out—it gets even better!

Let’s say you’ve used Fractionation on your woman successfully a couple of times.

After awhile, she will become addicted to the emotional highs that only you can provide. And she comes to you for refuge from the emotional lows she gets from the rest of the world.

And when this happens, she will be under your control and dominance for as long as you want.

Before You Proceed, Know This…

Fractionation is the simplest and most foolproof way to get a woman under your control.

Best of all, it is covert by design. You can use Fractionation at anytime, anywhere, without anyone ever noticing.

But take careful note: Fractionation is not a toy.

It has lasting, irreversible effects.

When used responsibly, it can completely revitalize your relationship with your girlfriend or wife…

…but, if used with bad intentions, it can lead to lasting emotional damage.

So, before you use Fractionation on your girlfriend or wife, promise me this:

Under absolutely no circumstances should it ever be used to harm a woman.

Continue only after you agree to only use it for good, not for evil.

You and your wife or girlfriend will be glad you did. Trust me.

P.S: Questions or comments? Leave them below.