“I listened to her bitch about her ex-boyfriend. I gave her hugs when she was crying.

I was Mr. Sensitive.

And do you know what she said about me?

I was listening to Gary complain about how he always ended up in the friend zone.

He was always the guy that the girls used as an emotional tampon. The girls gave him all their problems… and none of their affection or physical intimacy.

“What happened?” I asked.

“One day I brought a girl back to my apartment. It was our fourth date and we still hadn’t kissed. I listened to her a lot. I gave her lots of advice. I tried to hug her a few times. Nothing.

When we came back to my place, we met my roommate and a friend of his – named Marco – in the kitchen. When I introduced my girl to my roommate’s buddy, their eyes widened. Something was wrong. I tried to ignore it and took her to my room.

Five minutes later I came back into the kitchen. I asked Marco: “What the hell was that all about? Do you two know each other or something?”

Marco couldn’t keep the grin off his face: “Dude. You’re not going to believe this…”

The Failure Of Male Logic: Why Guys Get Friend-zoned

Before we go any further, I want to set something straight…

This is how guy’s brains work:

“The more similar I am to the girl, and the more we have in common, the more she’ll like me.”

But there is an irony in all this.

So the guy tries to act like one of the girl’s girlfriends to get close to her. Once he’s gotten close, he makes a move…

If you have a lot in common and agree on everything, there’s no sexual tension.

No sexual tension means no attraction.

Friends are nice to each other…

And that’s why we don’t fuck our friends.

To top it off…

Talking heads in the media tell us:

Makes my blood boil just to think about it!

Friends are for friendships. Intimate relationships are something else.

My point is this:

Guys who are good with women don’t have female friends. They hang out with their buddies but when it comes to women, they always escalate beyond mere “friendship”.

OK, let’s sum up. Here are the reasons guys get stuck in the friend zone:

Players escalate quickly. Sometimes so quickly the woman says: “This is moving too fast.” (But she never says she doesn’t like it. Go figure.)

But a guy who doesn’t escalate is a guy without balls. And having seen has “having no balls”? That’s straight to friend zone hell as far as women are concerned.

Now, you’re probably wondering if you’re in friend zone yourself. To know for sure, take this friend zone quiz – you can continue back here when you’re done.

How To Avoid The Friend Zone

Like many things in life, prevention is better than a cure when it comes to avoiding the friend zone.

Show her that you don’t want to be her friend.

“Friendship” is not what’s on offer. It’s that simple.

You’ve got to escalate.

Now you might be saying, “OK, that’s great advice, Derek. But what if I’m already in deep shit? Can you teach me how to get out of the friend zone?”

In the rest of this guide, I’ll tell you exactly how to get unstuck so you can turn her from a friend to a girlfriend.

How To Get Out Of The Friend Zone (In Two Steps)

If it’s somewhat too late and you find yourself stuck in the friend zone, here’s what you do:

Don’t be available to her, don’t listen to her problems, stop being her “shoulder to cry on”.

…don’t be her friend.

The second step is slightly trickier. You need to change how you build rapport with her.

You see, most friend zone problems stem from creating the “wrong” kind of rapport.

Conventional “Dating Gurus” and “Pickup Artists” teach – you guessed it – the wrong kind of rapport.

Contextual Rapport is great… if you want her to be your BFF.

Contextual Rapport will trap you in the friend zone like a bitch.

Contextual Rapport will make her play you like a fiddle.

Contextual Rapport is bad news all around.

The Key To The Lover Zone: “Dark Rapport”

Contextual Rapport is for platonic relationships. It’s the kind of rapport which build great friendships…

…which is why it completely sucks if you want her to be your girlfriend.

Contextual Rapport is all about listening and empathy. Dark Rapport is about manipulating sensory perceptions to trick her unconscious mind.

Here’s another way to put it:

To be a woman’s friend, have “empathy”. To be her lover, manipulate her emotions and sensory perceptions.

(This is abbreviated as “VAKSOG” in the Shogun Method universe.)

Think of it as a filter or lens through which a woman views the world.

To understand the things that are happening around her, women favor two or three of these senses.

How can you find out a woman’s preferred sense?

Answer: listen, pay attention and take note of the phrases she uses.

For example, a woman who says, “I don’t SEE a future for us” or “I was BLINDSIDED” is a visual person.

Or, if she says, “I SMELL trouble” or “I SNIFFED him out” then she’s an olfactory (smell) person.

If you want to dig a bit deeper you can ask her to describe her ideal home.

Does she talk about the view from the balcony?

Does she describe the smell of freshly baked bread in the kitchen or grass cuttings out on the lawn?

Next, what you need to do is to you match her VAKSOG modes by tailoring your language accordingly.

For example, you may ask her:

“What is it about French Kiss that you love so much?”

“Gosh, I really love that movie! The footage of Paris is simply incredible… the camera shots of the city are so beautiful! I just love how vivid the colors are… they are so alive. Plus… I guess it’s weird, but I really dig how Kevin Kline looks in this movie!”

Now let’s examine the sensorial words that she used:

Correspondingly, you can match her VAKSOG mode by saying:

“Ah, I remember watching that movie at the cinema. Weird, but I remember what happened on that day as if it was yesterday. It was a bright, sunny day and the sky was blue… and I got to look at Meg Ryan for one and a half hour. Not bad!”

READ ALSO: How To Tell If She Is Losing Interest

What Happens When You Match Her VAKSOG Modes

When you talk to her, match her VAKSOG modes. Do this and you’ll bypass her conscious mind… and connect straight with her subconscious.

And that, my friend, is the key to turning a friend into a passionate lover.

(Call that a female psychology hack if you will.)

Do that a couple of times and she’ll feel differently about you.

And you know what?

Matching her default VAKSOG sensory processing is as close to thought control as you’ll ever get.

You might be asking, “Sounds great. But where do I go from there?”

You’ll need to be aware of this problem, however:

Sometimes, women won’t open up enough to reveal what their VAKSOG sensory preferences are.

Or some women are so all over the place that you can’t pin down the two or three favorite VAKSOG senses. She could be using all of them!

What do you do then?

Well, I have a secret technique for you.

Once you’ve used this technique on her, then proceed with the VAKSOG technique and you’re done. 🙂

This technique is called Fractionation. 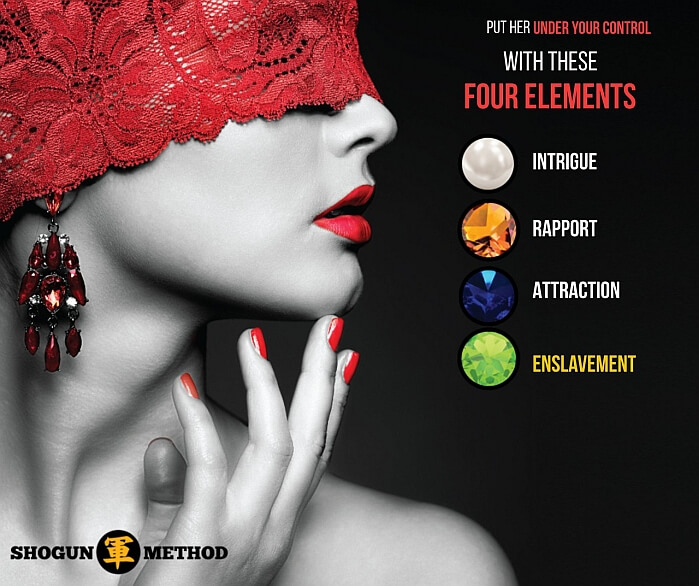 Fractionation is a fusion of hypnosis and behavioral psychology invented for a single purpose:

Make a woman emotionally hooked on a man.

If you use it correctly (together with the VAKSOG technique), it can help you get out of the friend zone quickly and easily.

Here’s how it works –

You fractionate a woman by building and then breaking rapport with her. This creates a mini emotional roller coaster that makes her obsessed with you.

Would it be awesome if you have this ability to manipulate women’s emotions at will? Yes, right?

Learn how you can acquire this ability by joining my Online Masterclass where I teach the basics of Fractionation.

The class is 100% online, and so you can watch it from wherever you have an Internet connection. You can also attend the class whenever you have time.

But I’ll urge you not to procrastinate and to get started while your motivation is still high. After all, the sooner you start, the quicker you’ll get out of the friend zone, right?

All you need to do is click on the link the below.

Click Here To Request An Invite For The Online Masterclass

You’ll be taken to another page where you enter your email – we need this to send you your ticket to the Masterclass.

But only sign up if you love your woman, and you only want the best for her. (I dread to think what would happen if this technique got into the wrong hands… because it can mess a woman up like nothing else.)

OK, that’s enough for today. I’ll see you at the Fractionation Masterclass. 🙂

Wishing you the best in love and life,

P.S. Questions? Comments? Leave me a message below.