What Is A “Pushover” In A Relationship, And How To Stop Being One

No one wants to be a pushover.

Back in grade school, the pushover always got the crappy seat on the bus. He always surrendered his lunch money to bullies.

And he always got suckered into doing the cheerleaders’ homework for them.

What did he get out of it?

Nothing. Because he’s a pushover.

Some guys grow out of the pushover personality type. They gain the confidence to stand up for themselves…

…and yet guess what? Plenty never do.

They keep taking the crappy seats on the public bus. They keep getting bullied in their professional and personal lives.

Most of all, they keep letting women take advantage of them.

The situation isn’t incurable, of course. It’s easy to learn how you can stand up for yourself, especially with women.

Be warned: if you don’t take the necessary steps, it’s a death sentence for your manliness.

So, what does it mean to be a pushover? What is a “pushover” in a relationship? More importantly, how to stop being a pushover if you’re one?

In this Shogun Method guide, we’ll answer both questions, and more. Dig in!

“Ooh, this one’s cute, isn’t it?” Sarah said, lifting another dress off the rack.

“It would go great with those shoes I just got,” she went on, draping it over Carl’s arm. By now, he was holding some fifteen garments for her.

“Which shoes were those?” Carl asked, looking down at the bags in his other hand.

“You know, the ones with the little roses on them.”

Sarah already had her nose buried in the rack again, looking through more dresses.

“Attention, shoppers,” a voice said over the loudspeaker. “We will be closing in thirty minutes.”

“Oh, shoot.” Sarah pouted a little. “I guess I’ll just have to go with these. Hopefully there isn’t a line for the dressing rooms. Don’t you hate that, when the store’s about to close and you have to wait to try something on?”

“Uh, yeah.” Carl looked at the clothes on his arm. “Sarah, I think they have a ten-item limit on what you can take in with you.”

Sarah shrugged. “You’ll just have to hold the rest for me, and I’ll go in twice.”

Carl struggled to look at his watch. “Actually, the mall’s closing soon, and I really wanted to go look at the golf clubs over at Sports Emporium.”

Sarah put her hands on her hips. “What do you need golf clubs for?” she demanded. “There’s plenty of things I need you to do around the house. Enough to keep you busy for the rest of the month, at least.”

Sarah disappeared into the dressing room.

And Carl stood there with an armful of frilly dresses. “I hate her,” he murmured to himself in frustration.

Russell glanced down. “Whatcha got there?”

“Oh, these are just some things my wife wanted to try on.”

“Oh yeah? Are you sure you’re not waiting to try them on?”

Russell smacked him on the arm. “Relax, I’m just messin’ with ya.”

“You going to the office golf tournament next weekend?”

“Actually, I, uh,” Carl stuttered, “have a lot of stuff to do around the house. For Sarah.”

“And you also got those sales reports I need you to finish for me,” Russell reminded him. “Don’t forget about those.”

Carl sighed again. “No. Of course not.”

“Well, don’t work too hard.” Russell slapped Carl on the shoulder. “See you around.”

Carl heard Russell snicker as he walked away, muttering under his breath:

“What a fuckin’ pushover.”

READ ALSO: How To Deal With A Drama Queen

Being A Pushover Affects Your Entire Life

He gets taken advantage of by his wife. He gets bossed around and made fun of by his coworkers.

Carl is the definition of a pushover. In fact, he’s the archetype of the pushover personality.

At this point, you might be thinking: Carl needs a total personality transplant.

You know what? That isn’t true at all.

What Carl really needs is to fix his relationship with his woman.

You see, a huge part of men’s confidence comes from how successful they are with women.

I don’t mean just getting laid or married.

I mean having a healthy, functional relationship with a woman.

One of the most important parts of those relationships is respect.

And the single most important type of respect is a woman’s – for her man.

Why are some women overbearing or mean to her husband or boyfriend?

Simple: because they don’t respect them.

And not being able to command your woman’s respect is a huge factor in being a pushover.

So, what does it mean to be a pushover in a relationship?

It’s true, we all know one when we see one. But there are certain, defining characteristics that all pushovers share…

Characteristics Of A Pushover

All these flaws stem from that one, single problem: failing to make your woman respect you.

How To Stop Being A Pushover

How do you earn a woman’s respect and stop being a pushover?

As Carl has shown us, appeasement is a terrible, terrible strategy.

But if you give in to a woman’s demands, she’ll do the opposite of respect you. She’ll treat you like a door mat. You’ll remain dead in the water.

And you also can’t demand respect, either. And here’s why…

All people, and especially women, naturally resist overt commands.

Try saying “I want you to respect me!” to a woman, and see how that goes.

In short, you can’t negotiate for respect. You can’t force it, either.

So how are you supposed to break this vicious cycle?

It’s actually surprisingly easy, once you know this one trick. And you’ll learn all about that trick next.

Here’s the idea behind that trick:

To get a woman’s respect, you have to manipulate her.

Emotional Manipulation: The Key To Respect And Dominance

The most effective way to manipulate a woman is to exploit the flaws in her psychology.

Female behavior boils down to one simple fact: women are driven by emotion.

On the surface, women may pretend to make decisions based on logic and reason…

…but the truth is that they make decisions based on how they feel.

So this is how a woman thinks:

She’ll first make her choices based on her emotions. Then, she’ll back-rationalize and convince herself that she made a conscious, logical choice. It’s true!

How To Manipulate A Woman’s Unconscious Desires

That’s how mother nature has programmed her. She can’t help it.

In short, she may tell you—and herself—that she wants one thing. But really, what she wants is something completely different.

Take, for example, Sarah. She tells herself and Carl that she wants a dutiful, subservient husband.

But is that what she really wants? Not really.

Deep down, she desires a dominant, confident man. Not a subservient pushover like Carl.

If anything, she resents a pushover personality type like Carl. Deep inside, she wants to be a submissive wife to Carl, and because she doesn’t get to be that, she’s resentful.

For Carl, there’s only one way out:

And the best way to manipulate a woman’s emotions is through Fractionation.

Why It’s Not Enough To Make Your Woman “Happy”

What you’re going to read next may surprise you, but it’s true:

You don’t want to just make her happy.

Instead, what you need to do is evoke a wide range of emotions by putting her on an emotional rollercoaster ride.

Here’s how an “emotional rollercoaster” works –

When you swing her emotional state back and forth from happy to sad, you’re putting her into a hypnotic trance.

And when she is in this trance, she becomes more submissive and susceptible to your control.

It’s the classic “carrot AND stick” rule. And it works.

And guess what? Because you’re the one providing those emotional highs and lows, you’ll be the one in charge.

I’ll share with you a simple technique on how to make your woman go on the emotional rollercoaster below, so keep reading…

How Carl Stopped Being A Pushover (And Started Dominating His Woman)

Carl came in second place in the company golf tournament, thanks to those shiny new clubs.

And Russell? He didn’t place. He didn’t even get to play. He was at the office that Saturday, filling out those sales reports.

Yes, it’s true. Carl completely turned his life around in a little over a week. And he did it by fixing his relationship with his wife by doing what I told you:

By putting her wife through a series of emotional rollercoasters.

The technique that Carl used was “Fractionation”.

…and that’s 100% true. With Fractionation, you will be manipulating your way into dominance with women.

Quit being a pushover.

If someone like Carl could do it, you CAN do it. Believe me.

When you’re ready to take that step, all you need to do is click the link below. 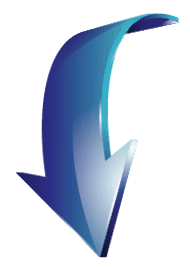 After clicking, a new page comes up. There, enter your email address. If you’re approved, I’ll reply with an Invite Ticket to the Masterclass. (Not everyone gets approved because this information is private.)

And then you, too, can start using Fractionation and you’ll regain dominance in your relationship again.

Trust me—the results speak for themselves.

P.S. Have questions? Need more help? Leave your comments below!