Getting dumped sucks, doesn’t it?

But you know what’s worse?

Here’s what’s worse: when your girlfriend carries on with her life and forgets all about you.

Nothing hurts more than knowing she’s out enjoying herself, having fun and dating other guys.

And doing you-know-what with them while you’re sitting at home alone on a Saturday night.

That’s when you realize that she never gave a damn.

(At this point you have to wonder if she ever cared at all.)

But what if you could make her feel as bad as you’re feeling about the breakup?

Picture her lonely and thinking about your relationship, feeling as upset as you are now.

Imagine you could make your ex miss you all day long…

Compare her new boyfriends to you…

…and obsess over your relationship to the point where she’s literally forced to act on those thoughts.

(And tries frantically to get back together with you.)

As crazy as this sounds, it’s 100% possible, and you’ll learn how in the next couple of minutes.

This is the most definitive “how to make your ex miss you” knowledge that you’ll find anywhere, period.

Before we begin, though, there’s something that you need to know:

This knowledge can be used for good or evil. And I hope you’ll only use it for GOOD.

With this technique that you’re going to learn next, you can almost be sure that she’ll miss you soon enough.

And once your ex starts missing you, there’s a good chance she’s going to want to worm her way back into your life.

So it’s up to you to use this information wisely and ethically.

You see, I know there are a lot of guys out there who DON’T really want to get back with their ex.

Instead, they want to make her feel as bad as they do.

You know what I’m talking about, don’t you?

These are the guys who want REVENGE.

…and that you’re the “one who got away”.

(OK, maybe that’s a little dramatic, but you understand what I mean.)

The point I’m trying to make is this:

READ ALSO: How To Get Your Girlfriend Back (Brute-Force Her Emotions!)

Let me tell you a story.

A couple of years ago my buddy Tim was dumped by his girlfriend.

Their relationship had been on the rocks for a while.

One day things came to a head when he caught her sexting some guy from work.

They got into a massive fight and she told him that she wanted to break up.

It was the last thing he expected, and it made him realize things were a lot worse than he thought.

But here’s the kicker.

She IMMEDIATELY started dating the guy she was sexting.

Tim felt blindsided and no matter what he couldn’t get this girl out of his head.

Knowing she was out there, living her life without him, sent the guy into a spiral of depression and madness.

(I’m serious. He started dressing like a bum and grew a Karl Marx style beard.)

I know this because one day he turned up wasted on my door step.

As I opened the door he barged in and started ranting about his ex.

“She’s already with another guy, I can’t believe it!”

“I just want her to miss me as much as I miss her.”

He wanted to know if there was anything he could do in this situation.

“Tell me, Derek, I beg you. I miss my ex like crazy. How do I make my her fall in love with me again?”

How To Make Your Ex Fall In Love With You Again

I told Tim that he could start by calming down and chilling out.

He had to accept the reality that she had broken up with him.

And if she didn’t miss him now she wasn’t going to in the future.

But, if he was so hell-bent on getting her to miss him, there were a couple of things he could do.

The first, and easiest way, was to make her jealous.

Make no mistake… jealousy is a potent weapon. It can make women do crazy shit.

And if done properly, you can get a woman to drop everything and come running to you.

Some people think that it’s narcissist to make women jealous. Don’t believe any of that.

Now, back to our friend Tim…

Tim had to make her WANT him again. And the best thing to do this is to play the jealousy game.

I told him that if I was being honest, he kind of looked like a homeless bum. He needed to start taking better care of himself.

Tim must have been desperate, because he took my advice to heart and got a makeover.

I was surprised, and could see he had potential.

I taught him a couple of Mind Control techniques from Shogun Method and got him up to speed quickly.

(You might have heard about these techniques before… Fractionation, Barnum Statements, October Man Sequence Dark Triad manipulation… the works.)

With these tricks he was able to meet new women and dramatically improve his social life.

(Plus it also help him perform better at work.)

But here’s the most important part of the plan.

We made sure that his ex-girlfriend knew how well he was doing.

Not only that, he started turning up in places where she might be.

And guess what happened?

She paid attention, but seemingly unmoved.

(But hey, at least the guy got a new girlfriend and had something to do on the weekend.)

It was time to move onto Step Two.

READ ALSO: How To Make A Long Distance Relationship Work

Step 2: Bring Out The Big Guns!

I decided to bring out the “Big Guns” and teach him some of my advanced methods.

I showed him a few simple Mind Control techniques for climbing inside her head.

With these he would be able to make her think about him all day long and.

And more importantly, think about all the good times she had with him.

Find out about what these Mind Control techniques are – continue reading! 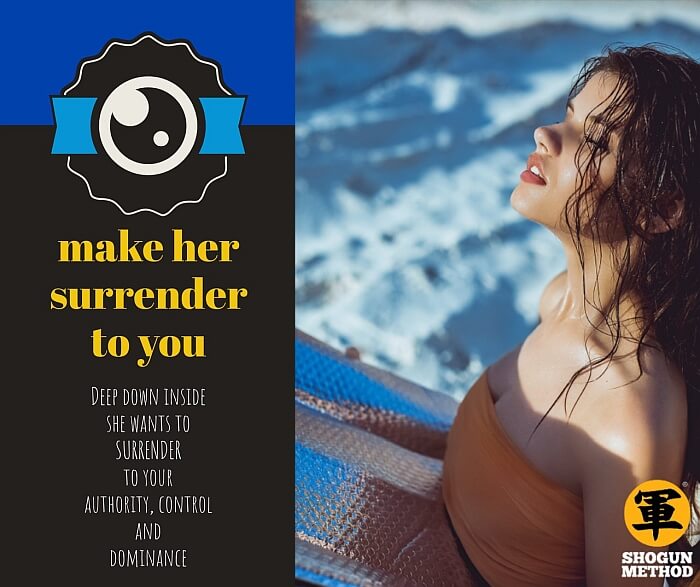 How To Make Your Ex Girlfriend Miss You And Want You Back (Use Mind Control!)

You see, the secret to making your ex miss you, is this:

By getting her to re-experience the emotions she felt with you.

You want her thinking about and obsessing over you 24/7…

Most of all, you want her feeling bad that she decided to break up with you…

And if you do all this together she’s going to “miss you like crazy.”

Over a couple of weeks I showed Tim how to implant these ideas deeply inside of her mind.

And Tim learned how to do that with only a few simple words and sentences.

(Even better: it happened without her ever knowing it or suspecting he was up to something.)

At first, nothing seemed to be happening…

But then one morning my phone rang.

It was Tim, turns out his ex-girlfriend called him the previous night at 9:30.

Supposedly because she just “wanted to talk.”

(Believe me… when a woman says that she “wants to talk”, it means that something HUGE is up.)

…and, “accidentally” running into him at the grocery store.

Can you guess what happened next?

Yep, before long they were dating again, and the last I heard they’re married with kids. Bless.

Want To Get Your Ex Back? Do This.

This story has a happy ending, and there’s a good reason why…

It was because, instead of losing his mind, Tim stayed cool and followed my advice.

He said the exact things needed to make his girlfriend think about him all day long.

(And eventually obsess over their relationship to the point where she had to get back with him.)

If you can get this right, your women will pretty much trick herself into falling in love with you all over again.

And if you’ve got an ex and you wish you could make her miss you, it’s easier than you think!

(In fact, I can explain how to do it in just a couple of minutes.)

PS: I’ve received a couple of emails with the same question –

“How To Make Your Ex Miss You Through Text?”

The answer’s the same… use Mind Control on her.

The good news is that Mind Control works really well over text. All you need to do is to copy and paste the proven Mind Control scripts in your messages to her. Easy, right?

Use the scripts that I share inside the Online Masterclass which you can watch here.