Dark Triad Traits Of Female Attraction – Do You Have Them?

Ever heard of the Dark Triad of Personality Traits?

Are you curious about why “Dark Triad” people tend to be more successful in life and love than “normal” people?

And do you want to know whether YOU have Dark Triad traits?

Well, guess what? In this Shogun Method guide, you’ll get to take a Dark Triad Test and see if you have those traits.

The “Dark Triad” is a combination of three personality traits:

But are they really “bad”?

After all, people with Dark Triad personality traits have been found to:

…than the rest of the population.

Hardly “bad” if you ask me!

…then you’re likely interested in the “dating and marriage” part more than anything else. Am I right?

Dark Triad Traits Are Good For You

Why is having Dark Triad traits good for dating and marriage?

I mean, shouldn’t the opposite be true?

Shouldn’t honest, humble, compassionate people have the happiest relationships of all?

On paper, that’s true. Being upfront and caring is how you can make your girlfriend or wife happy, right? 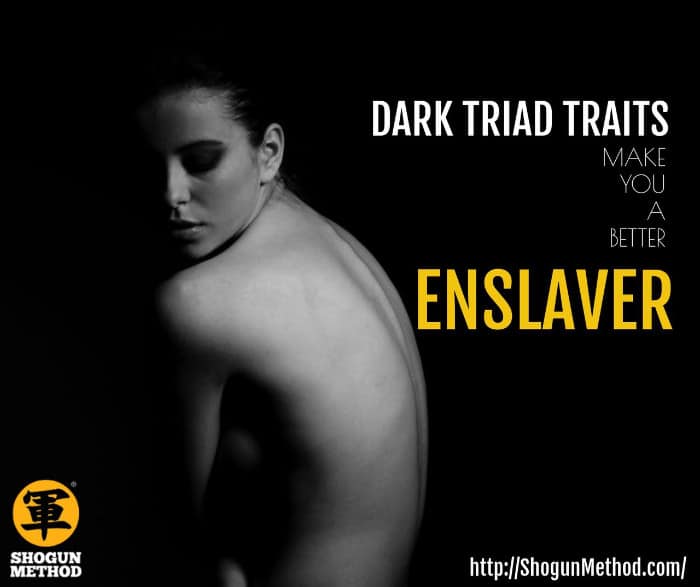 The better you treat women… the WORSE they treat YOU.

Meanwhile, all those women you treated real nice… they all hook up with some bad boy. Some egotistical, manipulative jerk who does NOT treat them as well as you do.

Don’t the women seem… for some strange reason… HAPPY and CONTENTED?

Hmm. There’s something going on. And you’re about to learn what it is.

In this Shogun Method guide, you’ll learn the following:

The Game Is Stacked Against You

70 years ago, gender roles were the norm in dating and marriage.

The roles all boiled down to this maxim:

Back then, only 10% of marriages ended in divorce. Why? Because men knew how to train their wives to be obedient and submissive partners.

Today, society would call this maxim “sexist” or “misogynistic.”

This is the same society that calls Machiavellianism, narcissism, and psychopathy “dark.”

And this same society insists that roles are “evil,” and that men and women should be complete equals. Men should never do anything to hurt, offend, or manipulate women.

As a result, lots of nice guys today approach women with nothing but good intentions…

…and end up getting rejected, dumped, or cheated on.

(Worse, they get called out for “sexual harassment” or get accused falsely of “assault”. Fuck that #MeToo shit.)

And even if they get lucky and get married… these days, MORE THAN HALF of all marriages end in divorce.

Morals Or Results? Pick One

The old proverb says it best:

What’s more important to you?

If you insist on having good intentions, then you can stop reading this article right here.

I’m serious. Thanks for your time, and good luck finding the solution to your problems. (Just a tip – you won’t find it on a Pickup Artist blog.)

But if you’re all about getting better RESULTS…

You’re about to learn whether you have Dark Triad traits… and how to develop them if you don’t.

This Dark Triad Personality Quiz was popularized by personality psychologist Delroy Paulhus. He was the professor at the University of British Columbia who coined the term “Dark Triad” back in 2002.

To find out if you have Dark Triad traits, rate each statement honestly from 1 to 5:

Use a sheet of paper and pen if it helps.

Now add up your answers in each category, and see what’s in store for you!

READ ALSO: How To Deal With Female Psychopaths

If you scored 32 or higher in any category, then you probably have that Dark Triad trait.

Any less, and you probably don’t.

How To Interpret Your Dark Triad Test Scores

Which Dark Triad traits do you have, and which do you NOT have?

Even if you’re missing even just ONE trait, that will hamper your progress with women.

And no woman will ever feel happy when she’s tied to a WEAK man. And she’ll show her unhappiness by…

So if you’re missing any one Dark Triad trait… it’s a REALLY good idea to start working on it now.

Dark Triad Traits – How To Get Them Fast

First off, there’s some good news… and some bad news.

You can’t just “get” a Dark Triad trait immediately.

Like all traits and habits, it takes time and practice to develop it. (Whoever who tells you that you can be Machiavellian, Narcissist and Psychopathic overnight is lying.)

You can FAST-TRACK the learning process.

The fastest way to develop Dark Triad traits is to start using the following technique you’re going to learn next. And you should practice it whenever you’re with a woman you like.

This technique sits at the core of Shogun Method, and it’s CRITICAL to your success with women.

The technique is called “Fractionation”.

When done correctly, you’ll hypnotize her into feeling an irresistible emotional attachment to you.

And when used enough times, Fractionation can make any woman feel ADDICTED to you. Possibly for life.

The benefits of Fractionation? Plenty:

And here’s the best news of all:

You can master Fractionation RIGHT NOW.

To do that, click on the link below to join my Online Masterclass: 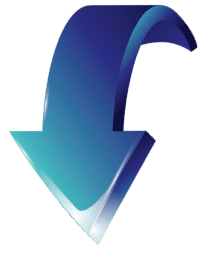 Once you clicked that link, a new page comes up. There, enter your best email address. If you qualify (not everyone does), then I will email you your Invite to the Masterclass.

If women are treating you badly…

…then it’s probably because you’re missing one or more Dark Triad traits.

And if you don’t develop them in you, then you’ll always have problems. It’s true.

Women will keep treating you badly, and you’ll continue being unsuccessful in love. And that’s not what I want for you.

Do the smartest thing you can do today: master the Fractionation technique. Your life will change tremendously, and for the better. Believe me.

PS: Got questions? Leave them below and I’ll answer them personally.